Create an Account - Increase your productivity, customize your experience, and engage in information you care about.

Mark Swistek was appointed Chief of Police by Mayor Chuck Oberlie in June of 2010, after 18 years of dedicated service to the Michigan City Police Department. Swistek previously served as Chief of Operations of the Department, as Commander of the Narcotics Division Task Force, as Detective and Supervisor within the Investigative Bureau, in the Special Operations Group of the Patrol Division, and as a Patrolman in the Uniform Patrol Division.

Chief Swistek's personal mission and commitment to our community is to provide quality police service, built on a foundation of substantive partnerships with many members of the community.

Click here to read the Chief's Message to the community. 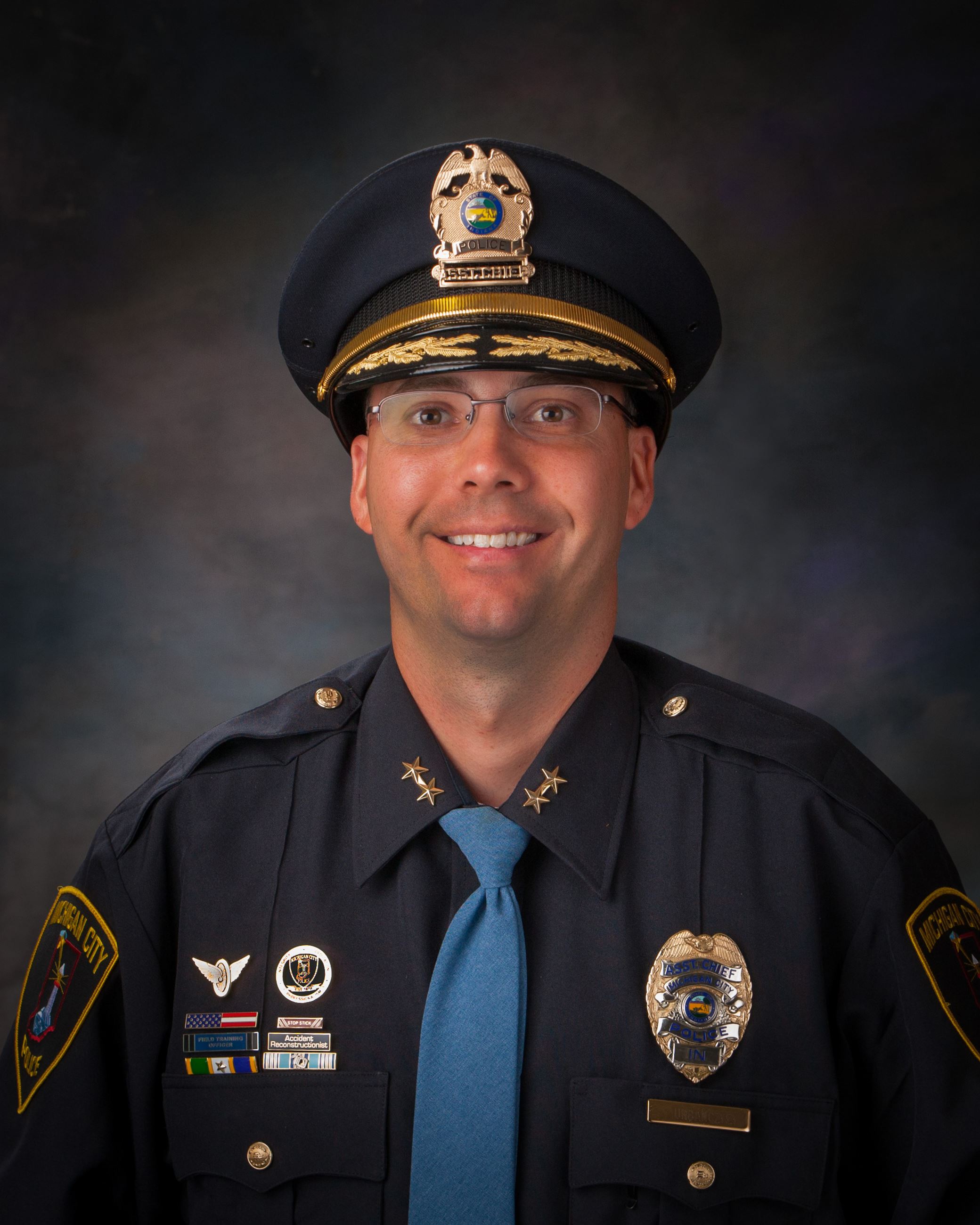 Chief Urbanczyk began his career as an officer with the Michigan City Police Department on January 17, 2005.  He is a graduate of the 162nd Indiana Law Enforcement Academy class.  He has served in the Uniform Patrol Division as a Patrolman from 2005-2007, Traffic Division Patrolman from 2007-2015, Field Training Officer from 2007-2015 and Detective from 2016-2017.  He was promoted from Patrolman to Corporal in November of 2015 and eventually to Chief of Operations in October of 2017.

He frequently spends several hours working all the different shifts.  He also visits community groups and organizations to keep updated about current crime trends affecting the community.  Chief Urbanczyk actively participates in the police department's day to day operations and essential services as Chief of Operations.  As Chief of Operations, he requests all uniform patrol officers engage in Community Oriented Policing (COP) while performing their duties in the field.  Chief Urbanczyk expects all officers strive to achieve the goals of the department's mission statement. 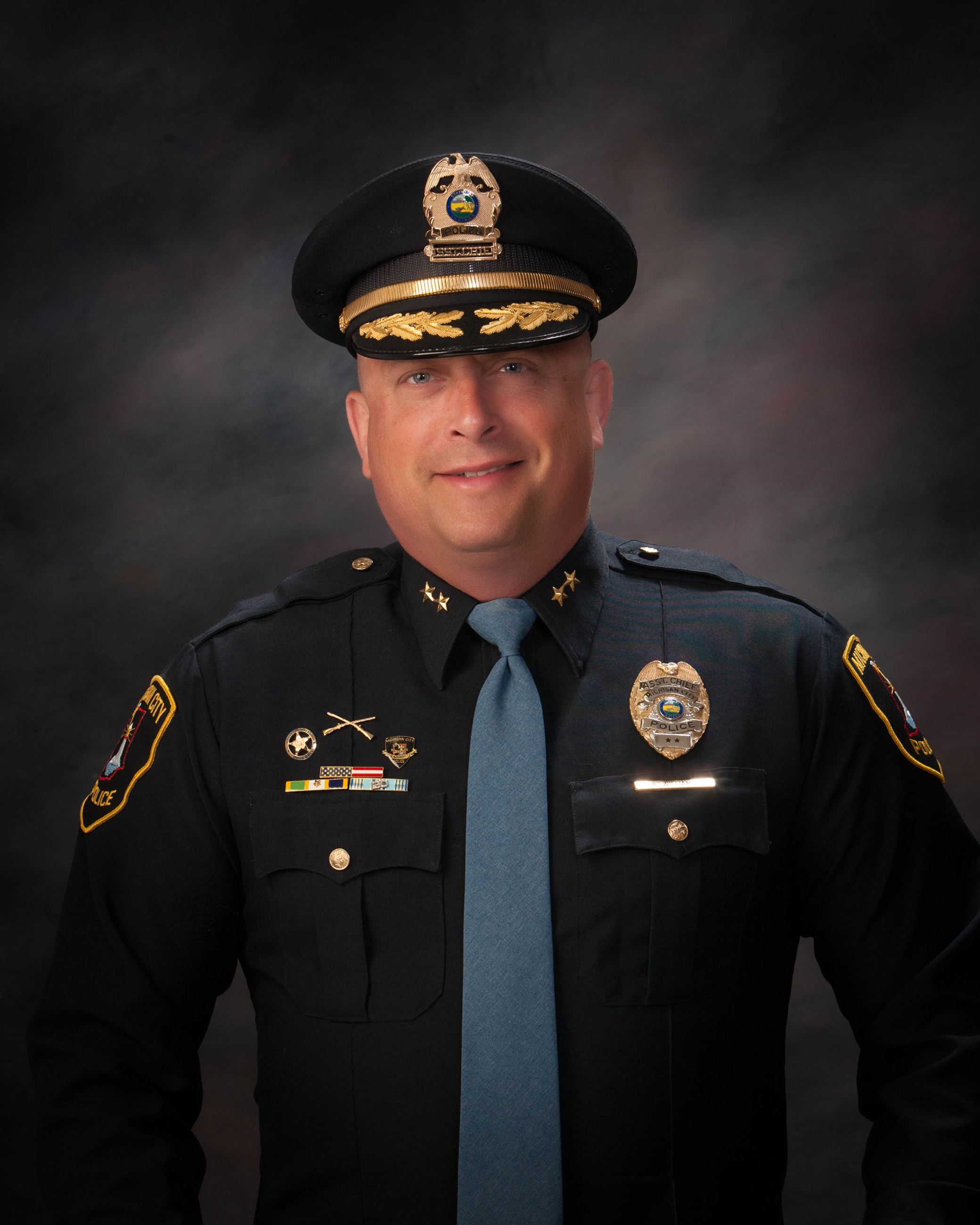 Chief Royce Williams is a 24 year veteran of the Michigan City Police Department. Williams graduated from the Indiana law Enforcement Academy in 1992. He is a veteran of the United States Army, having served from 1987 to 1991, during which time he participated in Operation Desert Storm.

Chief Williams has served the Police Department in many capacities including the Uniform Patrol Division. He has great experience in the Detective Bureau as an investigator and supervisor since 2005. His accomplishments include creating the “Top Ten Most Wanted” program and having been deputized as a Task Force Agent to the U.S. Marshall’s Great Lakes Regional Fugitive Task Force. Williams has served as Technology Advisor for the Detective Bureau, the Michigan City Police Department Liaison to the Indiana Intelligence Fusion Center and as a Team Leader with the Michigan City SWAT Team.

Chief Williams is a graduate of the Southern Police Institute Homicide Investigators course and he has completed extensive training in criminal profiling, interview and interrogation, and evidence procedures.

Duties as Chief of Services include overseeing the operations of the Investigative Division, Narcotics Division, Division of Professional Standards, Records Division, Information Technology, Civilian employees, and the annual operating budget for the Michigan City Police Department.